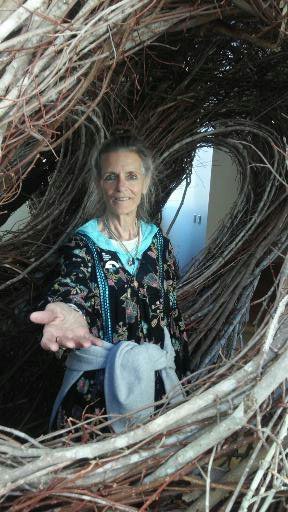 Her passion was to be a teacher. She graduated from the University of Massachusetts with her undergraduate degree in English and her Masters. She spent 27 years in the classroom, most of them at Falmouth High School in Falmouth, Massachusetts. During that time she took students to Hiroshima, Japan for “Peace Day”; spearheaded the “Million Cranes Project” during the 1990 Good Will Games in Seattle, Washington; and co-founded the Woods Hole Theater in Woods Hole, Massachusetts. In her journey of faith, she was led to join the Catholic Church in 2010 and attended St. John Neumann. She was active in the parish as a lector, usher, Children’s Liturgy teacher, discussion group leader, a member of “The Grace Committee”, and active in civil rights as a member of “More Justice”, an ecumenical civil rights organization in Columbia. She was also an ardent conservationist and a member of “Friends of Hunting Island”.

For her epitaph she wrote,

“Janet Amanda Spring, Citizen of the planet Earth died the way she wanted to: eyes wide open, saying ‘Thank you’ to God whom she re-found late in life. She left this life grateful for His Blessings and filled with hope and love for all God’s creatures.”

Janet will be buried at the Oratory in Rock Hill, South Carolina after a funeral Mass at St. John Neumann Catholic Church.

To plant a beautiful memorial tree in memory of Janet Spring, please visit our Tree Store