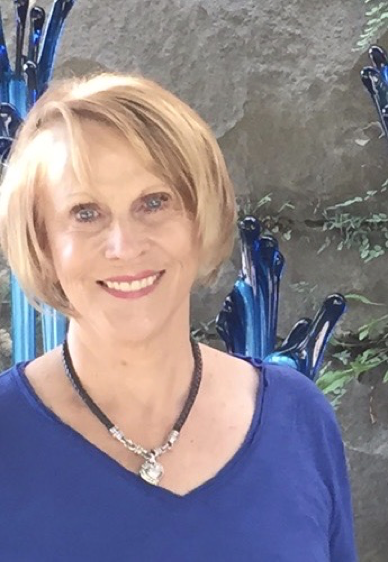 CHAPIN, SOUTH CAROLINA - Margaret Pitner, 76, passed away at her home early on Monday, September 28, surrounded by family and friends who loved her. Ms. Pitner was diagnosed with germ cell cancer in August, and the progression of the disease was rapid. She went into hospice on September 21, only a week before her death. She died without pain in her sleep.

She was born Margaret Virginia Lind in Cartersville, SC on March 2, 1944, to the late Murdoch and Mary Lind. She graduated in 1961 from Timmonsville High School, where she was active in the band and played the trumpet. She attended Coker College, graduating in only three years (class of 1964).

She was married to John W. Pitner for fifty years and they had one daughter together. She worked to support the family while her husband was in dental school and helped him build a successful orthodontics practice, assisting in much of the behind-the-scenes business as well as providing mentorship to staff. She also co-founded and owned Carlisle, a women’s clothing store on Devine Street in Columbia. Employees of that business still remember her fondly and consider her an important influence on their lives.

In addition to her work as an entrepreneur, she was also known for having a flair for interior decoration and design. Friends and loved ones would often turn to her for advice and consultation in giving their living spaces that sophisticated, put-together-just-so look.

Margaret was a lifelong lover of nature and animals. She had a natural gift for gardening and landscape architecture, designing beautiful spaces and selecting all the plants herself. She loved birds, especially goldfinches, and wherever she lived, she made birds a part of her family with numerous birdfeeders in her garden. For many years before her passing, she playfully warned that her spirit might come back in avian form: “So pay attention if there is a beautiful, noisy, impatient bird on your window sill!”

The other animal love of her life was her black toy poodle, Clemson. She called him “Clemmie,” and claimed he was a “mess of trouble” because he was “too smart and demanding”  (a clear example of projection on her part). Neverthless, she spoiled him rotten. His grooming had to be just right, especially once she deemed it necessary to give him a carefully-curated “slimming” look after he gained weight from her doting indulgence. Not long before she died she also befriended a feral cat she named Lulu, feeding her and paying for the cat’s veterinary care. One of her dying wishes was to find a good home for “Miss Lulabelle.”

She loved sports and was furiously devoted to her beloved Clemson Tigers (note: see dog name above). Always a woman with an elegant sense of fashion, during football season it seemed that half her wardrobe consisted of stylish tiger prints and variations on the color orange. Even while in hospice, the one item she insisted upon having near her bedside was her stainless steel smoothie cup (filled with her signature 50-50 mixture of sweet and unsweetened tea) commemorating Clemson’s 2016 national championship football team.

She was socially active in her local chapter of the Red Hat Society women’s group and also attended Chapin United Methodist Church. She was a devoted Christian, always framing her most important ethics and values in terms of her Christian faith. In part because she often struggled with anxiety, worry, and perfectionism throughout her life, her favorite Bible passage was Phillipians 4:6-7 — “Do not be anxious about anything, but in everything by prayer and supplication with thanksgiving let your requests be known to God. And the peace of God, which surpasses all understanding, will guard your hearts and your minds in Christ Jesus.”

In her final years she began a romantic relationship with Wayne Thompson of Chapin, SC. They became very close, spending much of their free time together over dinners, on day trips, and at family gatherings. Wayne was at her side when she died.
She chose to be cremated and her ashes will be shared at places she loved, including the shores of Lake Murray and the summit of North Carolina’s Big Bald Mountain.

She is survived by her daughter Leslie Pitner, as well as many loving friends and relatives.

A private memorial service will be held at 2pm on Saturday, October 3 at Lake Murray. Attendance is limited due to COVID restrictions, but the service will be live-streamed at https://youtu.be/vqmR93S11fs .

Donations may be made in her memory to Sharing God’s Love, a non-profit ministry that provides food, clothing, and financial assistance to South Carolinians in need (https://sharinggodslove.net.).

To plant a tree in memory of Margaret Pitner, please visit Tribute Store
Print
Share A Memory
Plant a Tree