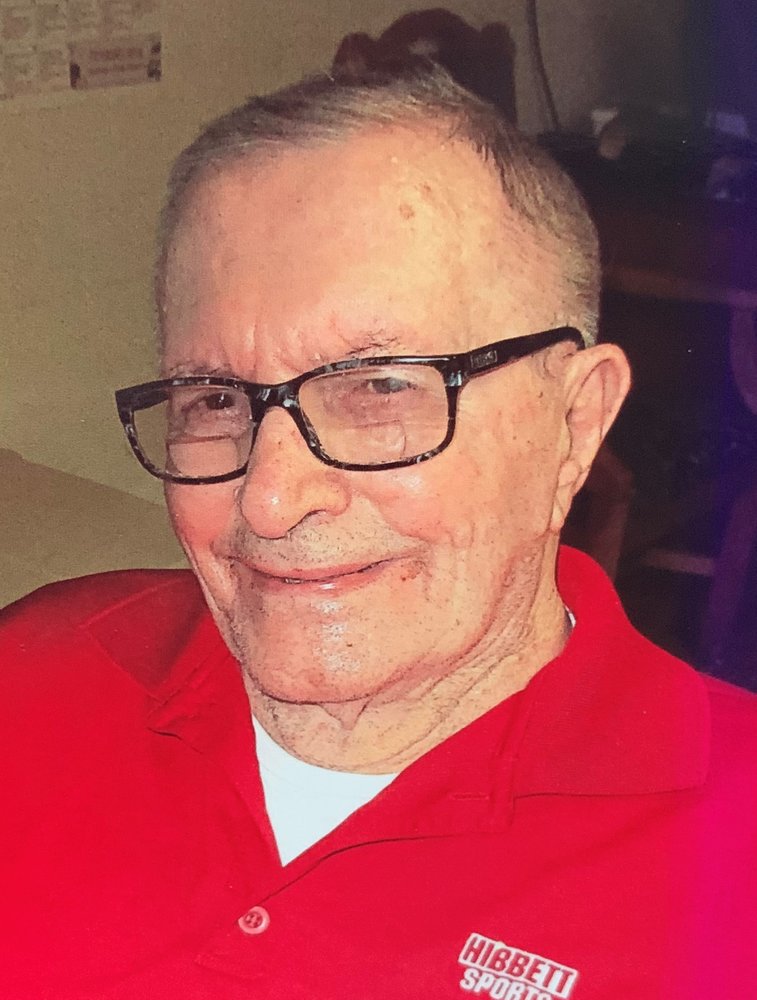 Merl F. Rhodes died on Wednesday, July 15, 2020 at the age of 96.  He was born on a farm in Smithfield PA, and was the only child of George and Helen Rhodes.  Merl attended Willow Grove elementary School in Smithfield until his family moved to Masontown.  He graduated from Masontown High School.  Merl then enlisted in the Army and served for three years, working with German POW's.  After his discharge, he attended Waynesburg College.  While in Waynesburg, Merl met and married Sara Jean, his wife of 56 years.

Merl, Sara Jean and her daughter moved to Columbia, SC in 1955 where Merl became the manager of Ruff Hardware.  During his time, Merl joined the S.C. Air National Guard and in 1960, served with the Guard in Spain.  In 1970, Merl began working for the SC Department of Parks and recreation at Myrtle Beach State Park.  He retired after 17 years there and moved to Rice's Landing, PA where he enjoyed his favorite past time of gardening.  He had quite the "green thumb" and always had beautiful flowers, shrubs and tomatoes.

Due to declining health, Merl and Sara Jean moved back to Columbia to be near Sara Jean's daughter, Jackie.  Sara Jean passed away in 2005.  After living alone for some time, Merl became a resident at Covenant Place in Sumter, SC where he has resided for the past 13 years.

Merl is survived by his step daughter, Jackie Walker McIlwain, her husband Richland, and their children, grandchildren and extended family.  Our thanks go to the dedicated service and patient care given by the Covenant Place Nursing Center Staff.  We are especially grateful for the exceptional love and friendship Merl received of the years from his Covenant Place Driver, Harrison Bolden.

Due to the virus, a private family graveside service will be held.

In lieu of flowers, the family has requested that memorial donations may be made to Christ the King Lutheran Church, P.O. Box 9161, Columbia, SC 29209

The South Carolina Cremation Society is assisting the family.

To plant a tree in memory of Merl Rhodes, please visit Tribute Store
Plant a Tree
Print
Share A Memory
Plant a Tree