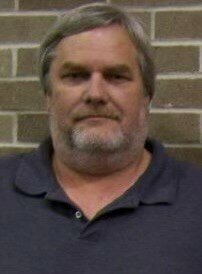 John Allen Kaderly was born on May 21st, 1964 in Los Angeles, California to his parents Doris Marx and Dick Kaderly.

John passed away on October 22nd, 2022 at Prisma Baptist Hospital, surrounded by his family. He put up a good fight for years and even in his final moments, fought hard to say goodbye to his wife and children.

John was a graduate of Westchester High School in Los Angeles, California. While in high school, John received a scholarship for drawing. John attended college, but left shortly after to pursue his lifelong passion of driving 18 wheelers. While in his younger years still living in California, he enjoyed playing hockey with his crazy friends (Mike, Dan, Michael, and Rollie) and grabbing a bite to eat at his favorite restaurant, Johnnie’s Pastrami. John also loved to attend Los Angeles King’s hockey games, and followed that up with a donut from Randy’s Donuts.

John from an early age had a love for video games. From Galaga, to PacMan, to Burger Time. When he started having kids, he picked up playing Halo or at least tried to when he wasn't shooting his own teammates. John loved playing Mario Kart with all his kids. His favorite character was Wario, and he never lost.

John couldn’t stay still. In his free time, he enjoyed working on the house, fixing the truck, and working on his pond. He made sure he had the greenest grass in the neighborhood year after year. No comp stripes.

John’s love for his mother was unprecedented, a true “mamas boy”. The love for his mother is what swept his future wife, Jennie, off her feet. His Mother also loved Christmas, and her love for Christmas was passed on to him. He would decorate as early as August and go all out. He passed on his lighting strategy to his children.

John loved learning new things about trains, planes, and trucks, any type of transportation. He spent many years as a truck driver and later a driving instructor. Many CDL students became good and safe drivers (that didn’t run over turtles) because of how well he taught them.

John’s favorite job was working as a truck driver for Pepsi. He loved antagonizing his dispatcher and chatting with his friends/coworkers, Harry Bailey and Tim Cannon over the CB radio. John prided himself on his perfect driving record and loved to give his kids grief every time they hit something or got into a minor fender bender.

John had a very particular love for abandoned and broken things of all types. From two legged to four legged orphans. They gravitated to the Kaderly household because they knew they would be met with love and acceptance. This tradition continues in his children.

In his final years the thing he enjoyed most was spending time with his daughter's dog, Lucky. Against her wishes, he would give Lucky a much needed haircut and over feed him treats. Lucky was by his side when his health started to decline.

The thing that mattered most to John at the end of his life was to see his daughter get married. She ended up with a truck driver just like her dad.

He felt his greatest joy and sense of pride came from his wife and children. His family was the most important thing in his life. With his unspoken love for photography his room was covered in pictures of his family and places that he considered home.

John wouldn't ask for flowers, so in lieu of them, keep him in your heart with a smile knowing he is in a better place hugging his Mother again.

John was preceded in death by his mother Doris Gerould, great Grandma Katie Robinson, his brother Rick Kaderly, and his sister Lori Westbrook.

Extended family includes his beloved Aunt Betty, his niece and nephew Jenny and Henry Priester, and his nephew Jeremiah Westbrook.