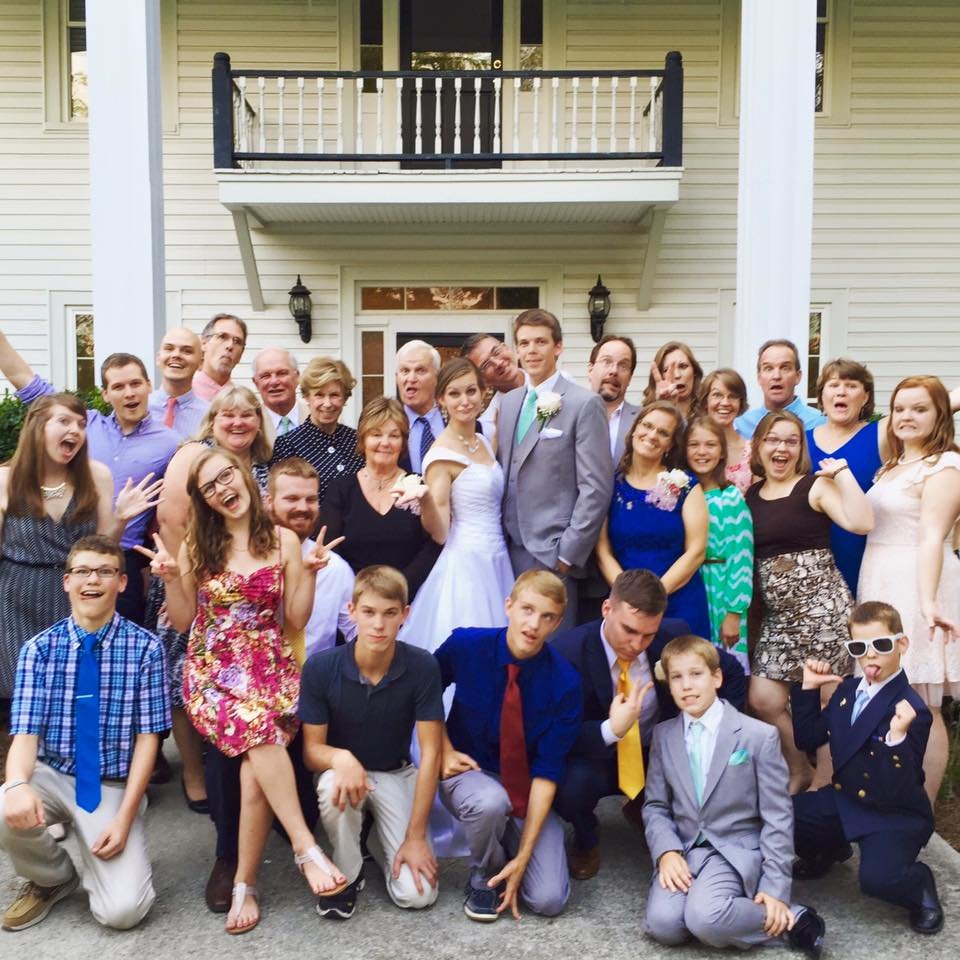 Richard was born and raised in Yonkers, New York, by the late Walter Arnold Reynolds and Lorraine Tice Reynolds.  The middle child between brother Terry and younger sister Marge (Rode), he was energetic, smart and athletic (baseball being his favorite sport at a young age). He joined the army after high school in 1955.  On returning home from Germany he entered Duke University and lettered in three sports:  soccer, swimming and baseball.  He met his wife Janet at the end of his freshman year when they worked at a summer camp in New York together.  He always described her to the grandchildren as the "prettiest boy" he ever met because he saw the back of her from a distance, wearing a sweatshirt, with short hair and mistook her for a boy.  He says that within two weeks of meeting her he knew she was the one he wanted to share his life with.  They were married April 12, 1959.  It was a loving marriage that happily produced what he called, "the best family a man could have." When saying grace before a meal at every family gathering Rich would look around the circle of his beloved Reynolds Clan and comment on how thankful he was for each and every one.  His "wife for life," four children: son Rick, daughters Carolyn (Bolton), Dawn (Demery), and Jennifer (Pendleton), and 16 grandchildren meant everything to him.

Newly married, Rich became employed by IBM, switched from Duke to Pace University night classes and graduated with a Bachelor's Degree in Business Administration. They lived in Yonkers, New York, for 6 years and Yorktown Heights, New York, for 5 years, getting away from the city every summer to the family cottage on Lake Waccabuc, a little piece of heaven.  In 1971, Rich changed companies from IBM to Chesebrough Ponds and moved the family to Clinton, Connecticut.  He worked as a computer programmer as they raised the children in this idyllic shoreline town. He saw all four children happily married and began welcoming grandchildren.  Their large home became the hub of activities because Rich loved family and friends.  Dad was the president of the Clinton AFS (American Field Service) international exchange student program.  Over the years, the family was host to 52 foreign exchange students, the first stayed for a year, the rest for a week or weekend.

In 1984 his company was sold in a corporate takeover. Eighteen months later his division of the company was sold.  At age 50, after twenty seven years in data processing he was looking for work.  He became a self-employed financial counselor and enjoyed twenty years of meeting and serving people.  Rich had many business and sports accolades along the way.

In 2009 after 38 years in Clinton, CT, Rich and Janet relocated to Columbia, South Carolina near their daughters Dawn and Jennifer, their spouses and nine of the sixteen grandchildren.

Rich had many passions in life.  His Lord, wife, family, his church, his dogs, all forms of written and televised news, yard work, playing, watching and reading about all sports: baseball, football, bowling, soccer, swimming -- his favorite being  GOLF!  He taught all the grandchildren who cared to learn how to play his favorite game.  When referring to his family he called them, “Sports Fans.”  After leaving Ponds, he was a caddy every year on pro-am day for The Greater Hartford Open PGA tournament for 20 years.  In the past ten years he has worked at The Masters Tournament at Augusta National (Janet also the last five).  During this year's tournament they celebrated their 60th anniversary.  Right after the tournament he entered the hospital on April 16th due to a mitral valve prolapse and early pulmonary fibrosis.  He had many surgeries and procedures at Lexington Medical Center, but on July 11th he was transferred to a specialty hospital in Augusta, GA, in the hopes of weaning off the ventilator he was dependent on due to the advancement of the fibrosis.  He passed away in that hospital a few miles from Augusta National, one of his favorite places.

In summing up Rich---he loved people and believed in the goodness of them.  He never knew a stranger.  Speaking to everyone who crossed his path; he made friends everywhere.  Rich saw no ethnic, economic, or social barrier to loving a person.  He has been described by many as the "kindest man I've ever known."  He was an articulate communicator, a natural and talented teacher.  However, he was an equally good listener, offering priceless wisdom and faithfully keeping a confidence.  He COMPLETED the newspaper crossword puzzle every single day--in ink, not pencil.  Rich was a prolific reader.  He loved history, documentaries and old movies.  He cherished a full house and was known to invite folks home for a meal knowing an extra plate at the table was always available.  Rich and Janet were "parents" to many more people than their four children.  Many were included as "family" over the years. He shared stories skillfully, loved laughter, and was a very humorous man.   He enjoyed all games indoor and out.  He was incredibly generous!  Freely giving of his time, energy, resources and finances was second nature for him.  In fact, he was a faithful blood donor having donated over 50 GALLONS of blood in his lifetime.  He volunteered in many capacities over the decades:  little league baseball coach, YMCA swim team coach, secretary of his  bowling league, deacon at church, Sunday school teacher,  president of AFS, and he served people constantly by helping them with yard work, giving disabled people rides to church, helping people move etc. He was a very optimistic person who didn’t complain and persevered with the desire to do any task well.

It is with GREAT sorrow and DEEP joy that we say goodbye to this "GOOD, KIND MAN."  Sorrow for his long struggle since April and for going through the rest of our lives without him; but, with profound joy that he has seen his Lord face to face and is rejoicing with all who went before him.

He was predeceased by his parents Walter Arnold Jr. and Lorraine Tice Reynolds of Yonkers, NY, and his sister Marjorie Reynolds Rode (John) of Huntersville, NC.