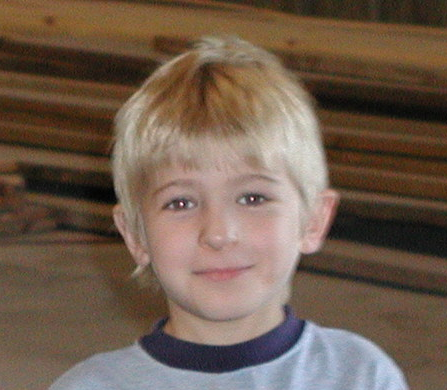 Frederic was born on August 24,1996 to David and Stephanie Westfall with his older brother, David Jr. there to witness the birth of his baby brother.

As children they were inseparable and later in life, Fred worked at his brothers business doing what all little brothers do for their big brothers. Helping his older brother in any aspect necessary.

Fred got his middle name Dean from his older brothers’ infatuation with home improvement shows; in particular Home Time with Dean Johnson. He was adamant that the baby be named Dean. As compromise; that became his middle name.

Fred spent the first four years of his life in Garden City Beach, SC where he loved swimming anywhere he could and he had a passion for anything outdoors! This became apparent when he moved with his family to Ridgeway, S.C. and had free roam of 17 acres! Fishing and just being a boy exploring the creek and woods were at the top of his list. His love of all things building are evidenced by the at least 50 pounds of nails he drove into various trees on his property.

Fred was always open for a cookout, riding his bike or just playing with his friends. In Ridgeway, if the tractor or backhoe was running, Fred was right there! In keeping with tradition, he nicknamed the backhoe “Catdog”; a cartoon series he enjoyed watching. Not for a lack of trying; he could never catch the rabbit running around wild at his house, but try he did!

Brothers; for some strange reason always give nicknames to each other; Fred’s nickname for David Jr. was “Bro” and David Jr.’s for Fred was “Sniffer”. They were 2 peas in a pod!

Fred was always open for adventure and trying anything. During summer break from school, he worked with his father; David Sr. at his boat manufacturing business. He was more than willing to get dirty and do whatever he could to help. Sanding boats was a favorite thing for him. If it involved getting dirty; Fred was ALLLLL INNNNN!!!!!

Fred unfortunately lost his older brother to Covid 19 on Sept. 27, 2021 and Fred tragically lost his life on August 3, 2022. They are together once again and celebrating Fred’s birthday in heaven.

He is survived by his father, David Sr., his mother Stephanie, and two sisters, Kelly and Melissa.

To plant a beautiful memorial tree in memory of Frederic Westfall, please visit our Tree Store