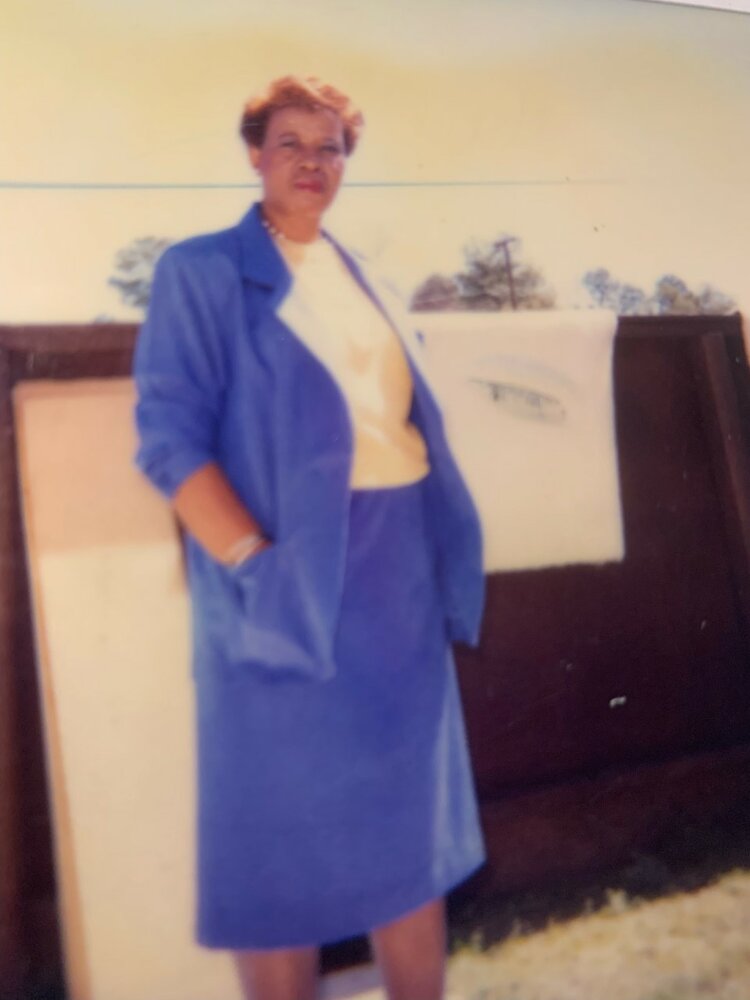 Edna Gray, 82, died February 16th, 2022 at her home in Columbia, South Carolina. Edna Earle Peake was born on May 26, 1935 in Shelby, North Carolina to Sherman Peake and Bessie Degree.

Edna graduated from Camp High School, class of 1953. Edna was a great cook, avid reader, and great storyteller. At a young age, she developed a passion for sewing that continued throughout her life. A self taught seamstress, she specialized in wedding gowns that were featured in a Parisian magazine. Her passion for sewing lead her to furniture making, reupholstery and interior design. She was a collector of many things such as cookbooks, gems, and crystals.

Edna married Norman Gray on January 5th, 1975 in Shelby, North Carolina. Her husband served in the United States Army for many years which bought the couple to Texas and Germany. They later settled in Columbia, South Carolina to be close to family. The couple celebrated 45 years of marriage.

In addition to her parents, she was preceded in death by her husband, Norman Gray, her sister, Mary Helen Lipscomb and her brother, James Walter Peake. Edna is survived by her children, Joel Jeffries (Brenda), Algerita Oglesby, Pepi Griffin, Julian Jeffries, six grandchildren, six great-grandchildren, her sister, Ruby Nell Strong and many nieces and nephews.

The family is accepting visitors at the family home in Columbia, South Carolina and will have a private memorial.

To plant a beautiful memorial tree in memory of Edna Gray, please visit our Tree Store