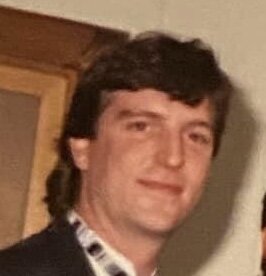 John King was born in Point Pleasant, WV, June 13, 1965, the son of the late Katherine Wilson Gray and John Eaddy. He was raised, educated and lived the majority of his life in Columbia. He graduated high school in 1983 from Dreher High School while attending many years at Heathwood Hall. He received his Bachelors Degree in English Literature in 2004 from the University of South Carolina. He recently completed his Masters degree requirements in Education to further his teaching career.

John was an entrepreneur that was involved in occupational ventures that included the music industry, real estate sales, appraisals and ultimately, education. His love of music drove him to mix sound and to provide sound systems for a variety of musical acts on the east coast. After working in Charlotte and Miami, and other locales, he returned to Columbia to further his education. He focused on teaching students with special needs in the Richland and Lexington County school districts. In this endeavor, he found a real passion and commitment to the students under his charge.

He had a cutting wit, that when coupled with his sharp acumen, provided a pertinent comedic retort to almost all situations. His rugged good looks and outgoing nature allowed him to cultivate friends easily.

But possibly his most admirable trait was a special personality that those who knew him sensed a unique connection that made us feel best friends with him.

John leaves a wide circle of those “best friends” who remember his generous soul, kind spirit and affable nature. He had a love of music, fishing and sports that allowed him to share a variety of experiences with his friends.

Mr King is predeceased by his mother, Katherine Wilson Gray, his sister Suzanne Elizabeth King, both of Columbia and his father, John Eaddy.

Information on a celebration of John’s life will be posted via social media.

In lieu of flowers, please make a donation to the South Carolina Humane Society (www.humanesc.org) or the charity of your choice.

South Carolina Cremation Society is assisting the family. On-line condolences may be placed on the "TRIBUTE WALL" tab above or the group post on Facebook at “John King aka JDK”.

To plant a beautiful memorial tree in memory of John King, please visit our Tree Store