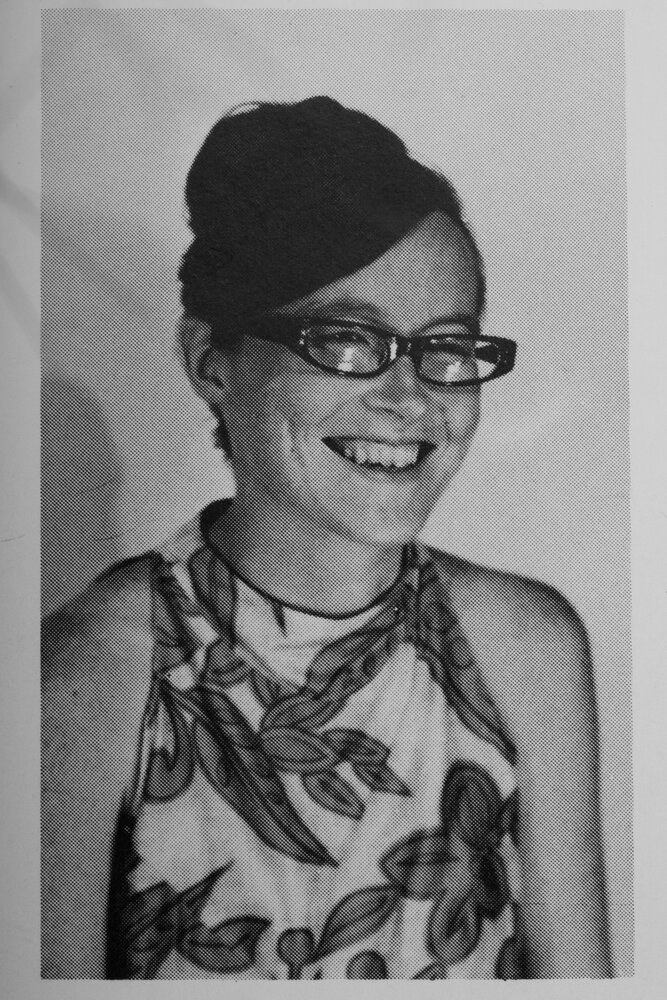 Rita Dianne Brandhorst passed away on November 11, 2021, in Columbia, South Carolina. Dianne was born on January 25, 1942, in Champaign, Illinois, the daughter of Robert and Cecilia Donnelly, and grew up in Decatur, Illinois. In 1960, she graduated from Stephen Decatur High School, where she played clarinet in the marching band. The recipient of a scholarship to Illinois State University, she double majored in biology and mathematics.

After college, Dianne entered the Peace Corps, where she taught physics and mathematics at the Teacher Training Institute in Debra Berhan, Ethiopia. She made many lifelong friends during her time in Africa, including her husband, fellow Peace Corps volunteer Allan Brandhorst. She and Allan married in Addis Ababa, Ethiopia, in 1965.

One of the many highlights of her life with Allan was their five-week honeymoon in East Africa. As newlyweds, they enjoyed a river safari on the White Nile in northern Uganda, a cruise on Lake Victoria, a safari by Volkswagen at a wildlife reservation in southern Kenya, a week in a white sand beach cabana at a resort on the shores of the Indian Ocean and three days in a hotel halfway up Mt. Kilimanjaro. Dianne looked for joy at every turn, from that first magical journey with her new husband through their long and eventful marriage.

And new adventures were always on the horizon. Following the Peace Corps, Dianne and Allan took the long way home, travelling for five weeks through India, Nepal, Thailand, Malaysia, Singapore, Hong Kong and Japan, completing a circumnavigation of the globe. Later, she and Allan lived for two years in Cambridge, England, and took many memorable trips throughout Europe. In all, she would live in or travel to more than 40 countries in her life. In retirement, she compiled a narrative of her time as a Peace Corps Volunteer, based on more than 300 letters she had mailed to her mother from Ethiopia.

Dianne’s other lifelong commitment was education. Following the Peace Corps, and after a brief stint teaching high school in her hometown of Decatur, she and Allan accepted positions teaching in the United Nations Trust Territory of the Pacific, where she taught biology to Marshallese adolescents, including three students who would later become President of the Republic of the Marshall Islands.

But Dianne was also a keen student, and she learned as much from the Marshallese students as they learned from her. Lecturing one day, she had a difficult time making herself heard over the sound of the crashing surf outside her classroom. “Talk under the waves,” her young students advised her, and she did. That little bit of local wisdom — to make herself heard by not competing with the white noise of the world — would guide her in her career as a teacher but also as a mother, a friend, and a conversationalist.

While living in the Marshalls, Dianne also gave birth to her first son, Kurt, in 1968. Her younger son, Craig, was born three years later, in 1971, after she and Allan returned to the United States. For eight years, she worked as a stay-at-home mom before returning to the classroom.

During her long career as a teacher, Dianne taught mathematics at Spring Valley High School in Columbia, South Carolina, where she served as mathematics department chair. She completed a master’s degree in mathematics at the University of South Carolina in 1983 and later taught methods of elementary and secondary math education at the University of North Carolina-Chapel Hill. From 1992 until she retired in 2004, she taught math at Andrean High School in Merrillville, Indiana.

Dianne is survived by Allan, her husband and companion of 57 years and the luckiest man in the world; her son Kurt and his wife Rachel; her son Craig and his wife Allison; three younger siblings, 10 nephews and nieces, countless friends and many more students whose lives she touched with her kindness, good humor and commitment.

Following a life well lived, her intellect, creativity, and sparkling personality will be missed. The light will not be as bright and the colors not as vivid with her gone.

In lieu of flowers, the family asks that you consider donating in Dianne’s name to the Alzheimer’s Association at www.alz.org

To plant a beautiful memorial tree in memory of Rita Brandhorst, please visit our Tree Store