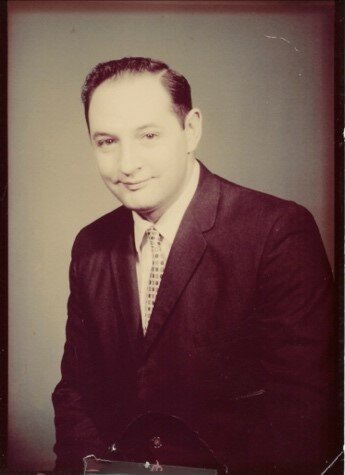 Paul joined the Air Force when he was 17 years old. Originally from New York, he moved to Vermont in 1967 where he became owner of several businesses with his wife Anne: Ferrisburgh Rest Home, Paul’s Grocery, Paul’s Pub, The Video PAD store, and Paul’s Baseball Card Shop.  He founded the Vergennes area baseball league and his own team was Ferrisburgh Rest Home.  He was one of the three founding Fathers of the Vergennes area Rescue Squad in Vergennes.  He taught First Aid and helped form rescue squads throughout the State.  He retired as a popular radio personality on WSNO in Barre.  He was a 3-term council member for the City of Barre.  He retired with his wife to Tennessee and later South Carolina.

Paul was predeceased by his mother, Marie DeCoste, and his brother John DeCoste.  He is survived by his wife of 57 years Elizabeth Anne; their children Karen (Chris) Blow;  of Vermont; Michael (Gemma) DeCoste of Washington; Darrell (Missi) DeCoste of Washington; and Damon (Gabi) DeCoste of South Carolina. Grandchildren, Alex, Lauryn, Alexis, and Jessica, Justin, Billy Ray, Amy, Amber and 9 Great Grandchildren; a sister Dolores of Vermont. There are several close family members in California.

There will be no calling hours or graveside services.

To plant a beautiful memorial tree in memory of Paul DeCoste, please visit our Tree Store