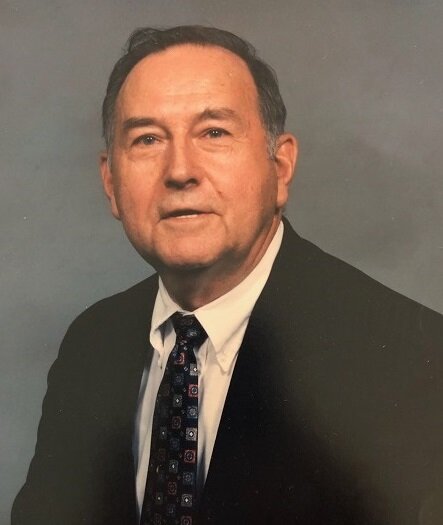 Owen passed away peacefully at the age of 90, with full confidence and assurance that he is now in the long awaited presence of his Lord and Savior Jesus Christ. Born to James Lawson Wyatt and Fanny Frances Wyatt, during the Great Depression, in Horsepasture, Henry, Va., he was the next to youngest of five other siblings.

Owen is survived by his loving sister Nancy L. Saunders of Marietta, Ga. and her three children. He is also survived by his four children: Henry Wyatt of Columbia, SC, John Wyatt and his wife Christine of Chicago, IL., Angela Thompson of West Columbia, SC (along with her four grown children and wife Kim), and Daniel Wyatt (along with daughter in law Angela Wyatt, and grandson Sean Wyatt) of Stuarts Draft, Va.

Owen served in the U.S Air Force from 1951-1955, received his B.A degree from Lynchburg College, followed by his Masters of Divinity from Union Theological Seminary in Richmond, Va., prior to his Presbyterian pastorates in West Va., Va., and North Carolina. Later in life, Owen volunteered in the Cumberland County Prison system, Fayetteville, N.C, as well as the Alms House in Hope Mills, N.C., providing spiritual support in those settings. When he was no longer able to travel outside of his local retirement community in Columbia, SC, Owen came to dearly appreciate the Christian fellowship of his neighbors at Jimmy Love Lane, as well as the prayer and scripture ministry brought to them by his friend Ed Brown.

Owen’s family would also like to give a special thank you to the volunteer and spiritual support provided to him by the First Baptist Church of Columbia prayer line during his final months here on earth. Their support to him during his final challenge was extremely meaningful and of ministry to him. In particular, the family would like to thank Lyn and Louise Burkholder, Sylvia Rish, Craig Houston, and Kelly Price of First Baptist Church Columbia, as well as Ed Brown and family of Columbia, SC, for the Christian love and concern you showed to our father.

The family will be conducting a private memorial at a future date. In lieu of any gifts, the family would like to encourage donations to the First Baptist Church of Columbia at either fbccola.com or 803-256-4251.

To plant a beautiful memorial tree in memory of Lawson Wyatt, please visit our Tree Store