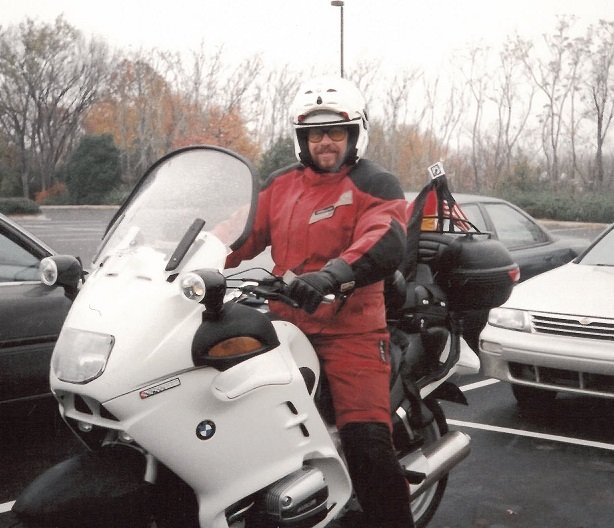 Frank Peter Heitmuller, 57, from Lexington, SC passed away peacefully in his sleep with his family by his side on June 26, 2021. Frank fought a hard and fast battle with cancer that took him from us far too soon. Frank was born on August 26, 1963 in Hamburg Germany, to the late Dietrich Heitmuller and Marion Heitmuller. He is survived by his wife, Sonya, his sons Nikolaus and Matthew, daughter-in-law Katie, brother Jan, sister-in-law Martina and nieces Hannah and Nina. Frank was loved by many: friends, co-workers, and motorcycle buddies.

Frank worked as a Clinical Intake Coordinator at Prisma Health working in the Emergency Rooms at Prisma Health Richland, Prisma Health Baptist, and Prisma Health Parkridge. Frank worked at Prisma Health for five years. Prior to working for Prisma Health, Frank worked for LRADAC, (the Lexington Richland Alcohol and Drug Abuse Counsel.) During his 22-year career at LRADAC, Frank served many roles. He was the Lead Assessment Counselor in the Emergency Room at Palmetto Health Richland, was a Drug Court Counselor for Lexington County, a counselor in the ADSAP program, the Detox Unit and was a Master Clinical Counselor in the Criminal Justice Program working with inmates. He most loved working with patients in the Therapy Group setting, helping and teaching those that were struggling with substance use and mental health issues make life changing choices to live drug and alcohol free. Before working at LRADAC, he worked at New Hope Treatment Centers as a Therapist/Case Manager, G. Weber Bryan Psychiatric Hospital as an Activity Therapist and William S. Hall Psychiatric Hospital as an Activity Therapist.

If you knew Frank, you knew he loved his motorcycles. He rode his bike, 24/7, rain or shine. He was safe, always wore protective gear and a helmet. He advocated for motorcycle and road safety. Frank only rode BMW motorcycles, the best of the best he said as they were manufactured in his homeland of Germany. Frank rode to Live. He owned many bikes in his lifetime and was proud of his achievements of joining the, 100,000-mile, 200,000-mile, 300,000-mile and the 400,000-mile club with BMW which he earned by putting that amount of mileage on his bikes. He converted his garage into a motorcycle shop where he stored and worked on his bikes which he affectionately called his “girls.” Frank considered himself an “Air Head.” A term of endearment given to owners of the Air Head models of BMW motorcycles. Frank’s last road trip was to The Gap to ride “Tail of the Dragon,” a 318 curve, 11 mile stretch of road that was a hot spot for motorcycle riders.

A BBQ to honor Frank’s memory is planned for 4:00 PM – 7:00 PM this Thursday, July 1, 2021 at Virginia Hylton Park in Lexington, SC. Interment of a portion of his ashes will be held in a private burial on July 23, 2021 at 11:00 AM at Fort Jackson National Cemetery with full Military Honors. On July 24, 2021, the remaining ashes will be spread on a bike trip to Tail of the Dragon in Tennessee.