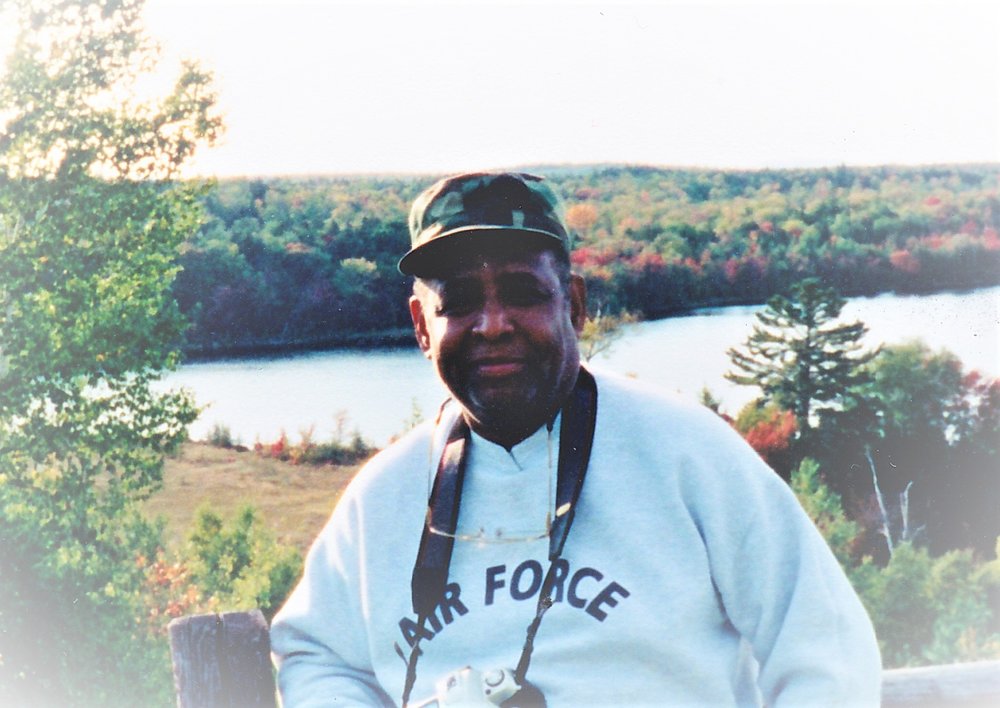 Lucien was a self-made man, his only help was from his Aunt Ida who paid for him to attend Central State College in Ohio for his freshman year where he scrubbed floors for $10 a week to be able to eat. In 1961 he enlisted in the United States Air Force where he was granted a Top-Secret security clearance and performed cryptography. Later he retrained in electronic repair and became an aircraft radio repair technician. He served in Vietnam from 1968 to 1970 and was stationed with a U.S. Army artillery unit which was attacked nightly. He sustained a TBI during one attack, when an explosive was thrown into his “hooch” blowing him across the room and rendering him unconscious for several hours. He was exposed to Agent Orange which ultimately caused his lymphoma. He served in the U.S. Air Force for 22 years, retiring as a Master Sargent in 1983. His military career took him to many different locations, Turkey, Taiwan, Thailand, Okinawa, Philippines, Vietnam; stateside he was stationed in Mississippi, Maine, New Hampshire, Arizona, South Carolina, Massachusetts, and Maryland. When he was stationed at Shaw AFB he opened a small business, Shaw Radio and TV repair which closed when he received orders for the Philippines.

Lucien’s favorite sport was tennis. He enjoyed watching it, and especially playing it. He even went back to playing after he had both of his knees replaced. He had a love for music, especially the guitar. He loved to play and even bought a BB King Lucille. When he was at Dow AFB, Maine he played in a band and that is where he met his first wife, Judith. They married in 1964.

He enjoyed technology, computers, smart phones, and tablets. He enjoyed collecting guns and different knives, but his favorite hobby was collecting pens. He had an extensive collection of Cross, Parker, Schaefer, Pelican and Mont Blanc. In his last months he enjoyed restoring and trading pens online.

Nothing meant more to Lucien than his family, especially his grandchildren. To be close to his grandchildren he moved from his home in Maine, where he loved going to Southwest Harbor and eating lobster right on the pier to South Carolina in 2005. He and his wife Cely bought their dream home in 2016. He loved all the trees and flowers on his property, he said it remined him of the lushness of St. Croix when he was growing up. He tried to assist his children and grandchildren with their interests and always told them that education was the most important thing in life. “Once you get an education, no one can take it away from you,” was preached to all his children and grandchildren.

He had a very good sense of humor. It was not above him to throw a corn cob across the dinner table to make his children laugh. He tried for years to break the Kentucky Fried Chicken secret spices recipe yelling out, “ok, this time I’ve got it!” He didn’t, so he’d try again. He loved to cook and made sure his children knew how to cook. Speaking of KFC, he once drove from Shaw AFB to Columbia just because the chicken was better at a particular KFC in Columbia.

His daughter, Claudia, became an integral part of his care over the past two years. She monitored his medical condition closely, double checked medications, droved him and Celerina to appointments and ran errands for them. He was so proud of her nursing skills and trusted her judgement.

Lucien Austin Willocks Sr., AKA Willy, was loved deeply, baptized Lutheran, knew the Lord and will be missed more than what can be expressed.

We love you Daddy, forever. Don’t worry about Cely, we are taking good care of her and she will be fine.

Family and friends may sign the online guestbook at http://southcarolinacremation.com