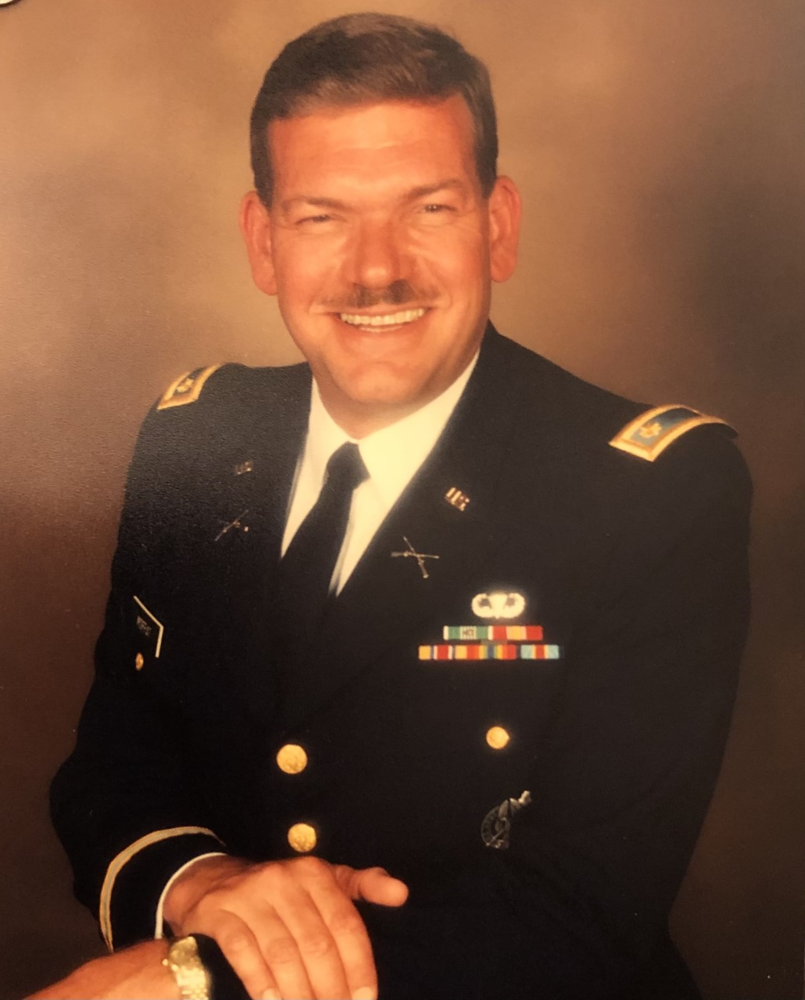 On November 3, 2020, David Hugh Moffat of Columbia, South Carolina, passed away after a battle with esophageal cancer.

David, age 71, was the son of Robert and Mary Alice Moffat. David was the oldest of four sons and very much enjoyed growing up with his “little” brothers. David traveled the world over as a Navy son and as a member of the United States Army. David married Sharon Schools on April 18, 1992. They had three children: Robert, Kristin, and Brandy. David’s greatest passion in life was spending time with his family. David was a proud member of Mensa and the Military Officers Association. David loved history, music, great comedies, golf, and languages. David always said it was kind to be able to say “Thank You” in every person’s native language and, as a result, learned how to say “Thank You” in at least twenty-seven languages.

David graduated from Northeastern University in 1975 with a degree in History and immediately joined the United States Army as an Infantry Officer. David served in the active duty Army for nearly nine years before transferring to the United States Army Reserves, including three years of overseas service in Germany. During his time in the Army, David attended many training courses, including the prestigious Army Airborne School, which trained him to be a paratrooper. David said the first jump out of the plane wasn’t nearly as the bad as the second, because the second time he knew exactly what to expect! Following twenty years of service in the Army, David retired as a Major.

David is survived by his wife, Sharon; his children, Robert (and his wife Cara), Kristin (and her husband Quinton), and Brandy (and her husband Barry); his brothers, Douglas (and his wife Janet) and Randolph (and his wife Janice); his grandchildren, Thomas, Holly, Avery, Tanner, James David, Shea, Jackson, Eliza, and Crosby; his nieces and nephew, Tara, Anna, and James; many other family members; and his dog, Scruffy. David is pre-deceased by his parents, Robert and Mary Alice Moffat; an infant brother, Gregory Moffat; and his two loving dogs, Bonnie and Grace.

David will be interred at the Fort Jackson National Cemetery in a future ceremony. In lieu of flowers, David and his surviving family request that donations be made in his name to the Richland County Sheriff’s Department In-Vest Program, which works to ensure all Richland County Sheriff’s Deputies are equipped with a bullet-resistant vest, or to the Wounded Warrior Project.

To plant a tree in memory of David Moffat, please visit Tribute Store
Plant a Tree
Print
Share A Memory
Plant a Tree