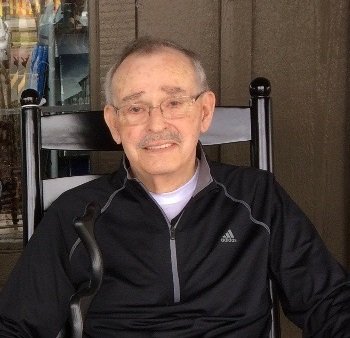 Terry Gene Mooney 82, passed away October 12, 2020.  He was born January 30, 1938 in Birmingham, Alabama to the late Ida and Gene Mooney.  In addition to his parents, Terry was preceded in death by his sister, Margaret Fowler.

Terry was a member of Union United Methodist Church where he sang in Chancel Choir and was a member of the John Rowland Sunday School class. He was a veteran of the United States Air Force and was retired from ATT/NCR where he worked for 30 years in sales, moving his family to many wonderful cities.

He had a passion and love for the game of golf and was known for always hitting it straight up the fairway. He won many club championships, had 7 holes in one and on more than one occasion shot his age. An alumni of Auburn University, he was very proud of his Auburn Tigers, rarely missing a game and was very seldom seen without his AU hat.

In lieu of flowers, we ask that you make a donation to Sharing God’s Love, an organization that was special to him.

To plant a tree in memory of Terry Mooney, please visit Tribute Store
Plant a Tree
Print
Share A Memory
Plant a Tree