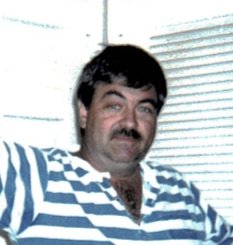 Keith was born in Honolulu Hawaii on September 9, 1956 to Charles and Janet Urconis. Ever since he was a young man, Keith always enjoyed building and working with his hands which led him to his life-long profession of being a master electrician for 40+ years at Gregory Electric and Captain Electric.  He was a man of many hobbies.  In his spare time he enjoyed collecting comic books, building model tanks, racing slot cars, repairing and driving Mustangs, and jamming out to rock-and-roll; but he always kept busy by finding something to fix, especially for those in need. Above all, he loved his family fiercely and had an unconditionally loving heart for everyone he knew.  He had the ability to turn any bad situation into something positive. Keith left behind a legacy to live on in his family; he truly was one of a kind.

Due to the Covid-19 pandemic, a funeral service will be decided later by the family.

To plant a tree in memory of Charles Urconis, please visit Tribute Store
Plant a Tree
Print
Share A Memory
Plant a Tree