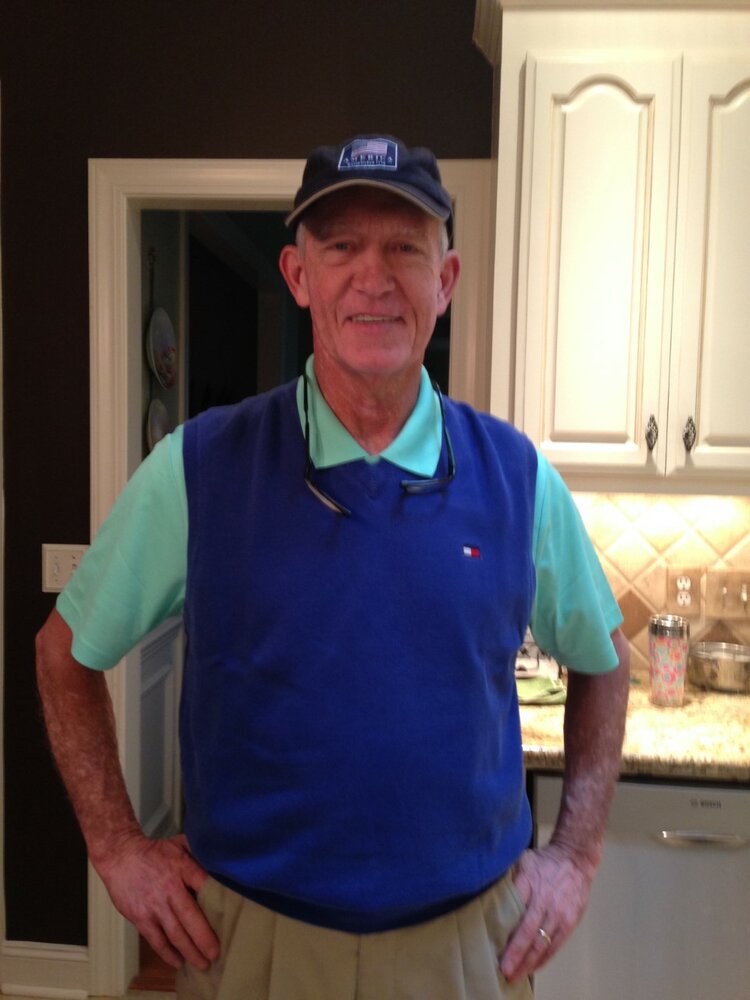 Roger graduated from Ragsdale High School in Jamestown NC and Appalachian State University in Boone, NC. Roger taught school for a short period of time and then worked as a terminal manager for Roadway Express, which brought him to South Carolina. He held several sales positions before he started his own business in 2001, Protective Technologies, Inc., with his son in Camden, SC working with the convenience store/gasoline industry to help solve their regulatory issues. He was well known in that sector and his work ethic was exemplary and extraordinary. He continued as its President and Sales Manager until his horrific car accident on June 26, 2017, where he sustained a Traumatic Brain Injury and was in Assisted Living until coming home on June 1, 2022.

Roger leaves behind a legacy of love and friendship for his family, friends and those he met daily in his professional and social circles. He had a passion for work, golf, college football, politics and keeping his yard up to high standards, but his main passion was GOLF. He loved it! Playing or practicing… it didn’t matter. It was the comradery with his many golfing buddies that was important to him. Roger also loved football and was known to yell “just a little” at football games, especially at the SC Gamecocks.

Roger never met a stranger and greeted everyone he met with a smile and a handshake. He loved meeting new people and finding a common interest. His intellect, good looks, quick wit, charm and easy-going nature won him lots of friends throughout the years.

He is survived by his “bride” and the love of his life for 35 years, Julie Collier McKelvey (alias GRAN) of Lexington, SC; his son, Stewart Allen McKelvey (Julia) of Camden, SC; daughter Melissa McKelvey Biggs (Kim) of Columbia, SC; stepson, Jason Collier Mack (Missy) of Lexington, SC; and his grandchildren whom he adored: William McKelvey, Fletcher Biggs, Maggie Biggs, Alexandria Mack and Ava Grace Hammett. In addition to his parents, he was predeceased by his brother and sister-in-law, Randy and Beth McKelvey and his brother, Keith A. McKelvey.

“To Live in The Hearts We Leave Behind Is Not to Die”. Grumps will be greatly missed but will live on in our memories and the stories that we share. The family would especially like to thank his home caregivers, Alexis Williams and Nicole Sanders, Agape Hospice Care, and the many other caregivers and friends who have supported us throughout this very hard journey.

In keeping with Roger’s wishes, he will be cremated, and a celebration of his life will be announced later.

Family and friends are invited to share their thoughts & memories via the online guest book.

To plant a beautiful memorial tree in memory of Roger McKelvey, please visit our Tree Store