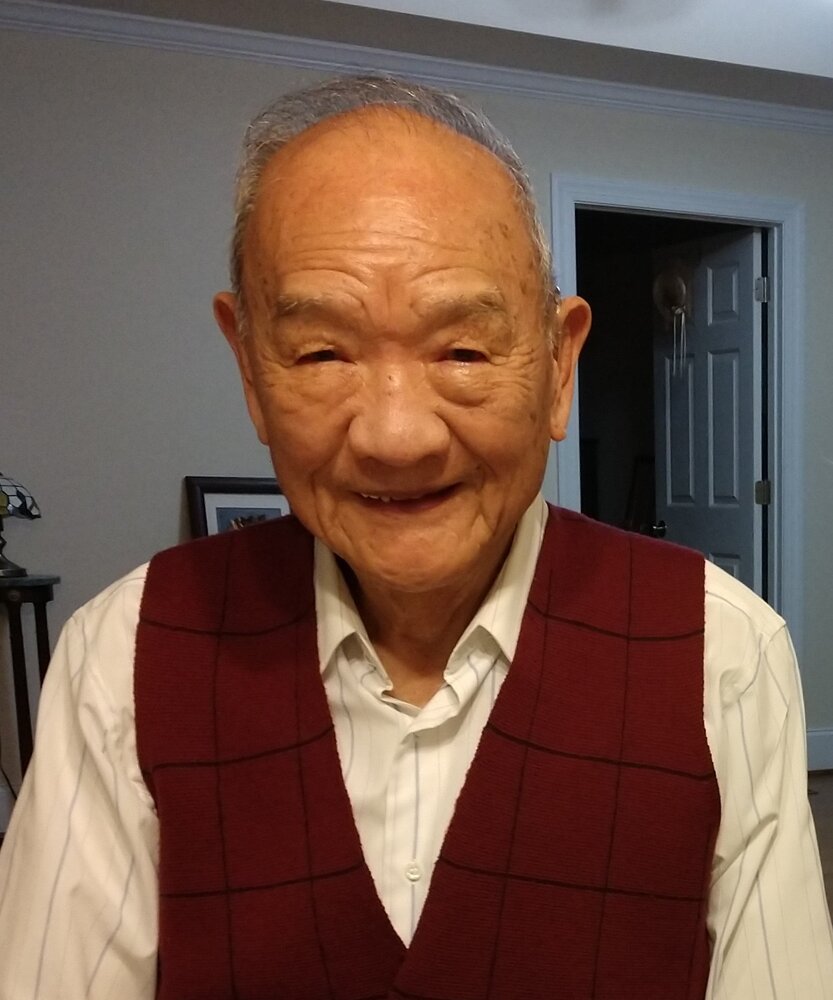 On Thursday, November 3, 2022, Kenneth Hahn, loving husband, father of four children, and grandfather of three grandchildren, went home to glory at the age of 95.

Kenneth was born on October 11, 1927, in Anhui, China, to Jiaheng Hahn and Chang Shi. Having grown up in a small village, he would have to hike across a mountain to the nearest school to study. He would always carry his lunch box in one hand and a stick in his other hand in case of a wild animal attack. In 1949, during his first year at the Anhui University, he joined the army to fight in the Chinese civil war. He was exiled to Hong Kong and later moved to Taiwan. He continued his college education in Taiwan and received his bachelor's degree in law at the National Taiwan University.

On September 7, 1957, he married Norah Tien in Taipei, Taiwan. Together, they raised their four children: Ellen, Mitch, Susan, and Mayor. He worked extremely hard to provide a comfortable home for their family and to financially support all his children's expensive higher education expenses in the United States.

In Taiwan, he began working as an English tutor and translator at a US military base. He spent most of his career working for the International Executive Service Corps (IESC). Due to his excellent work ethic and performance, IESC promoted him to Director of IESC in Taiwan. After he retired from IESC, he started his own export business for a few years before immigrating to the United States in 1995. He was one of the two recipients of the honorary alum award from the Anhui University in 1998. That was his first time back to his hometown since he left about 50 years ago.

Kenneth became a follower of Christ in Hong Kong. He was a devoted Christian, loved his church, and looked to the LORD for guidance and protection throughout his life. He was threatened with execution several times, but God preserved his life from being executed. He underwent several significant surgeries for potentially cancerous lesions but did not have cancer. He was involved in two severe car accidents, but only the cars were totaled, and he was left unscathed. He prayed daily for God to protect his loved ones on the road.

He loved and cared deeply about his family. For leisure, he liked to take long walks with his wife and kids, watch NBA games and Walker Texas Ranger, and chauffeur family members around town. In his later years, Kenneth studied medicine and wellness and translated numerous works of Chinese poetry into English. He was a lifelong learner. Despite the many challenges he faced throughout his life, he was always a hopeful man who trusted God's plan for himself, his family, and society. He was known for his cheerful smile, outstanding intellect, genuine nature, and sweet tooth.

To plant a beautiful memorial tree in memory of Kenneth Hahn, please visit our Tree Store