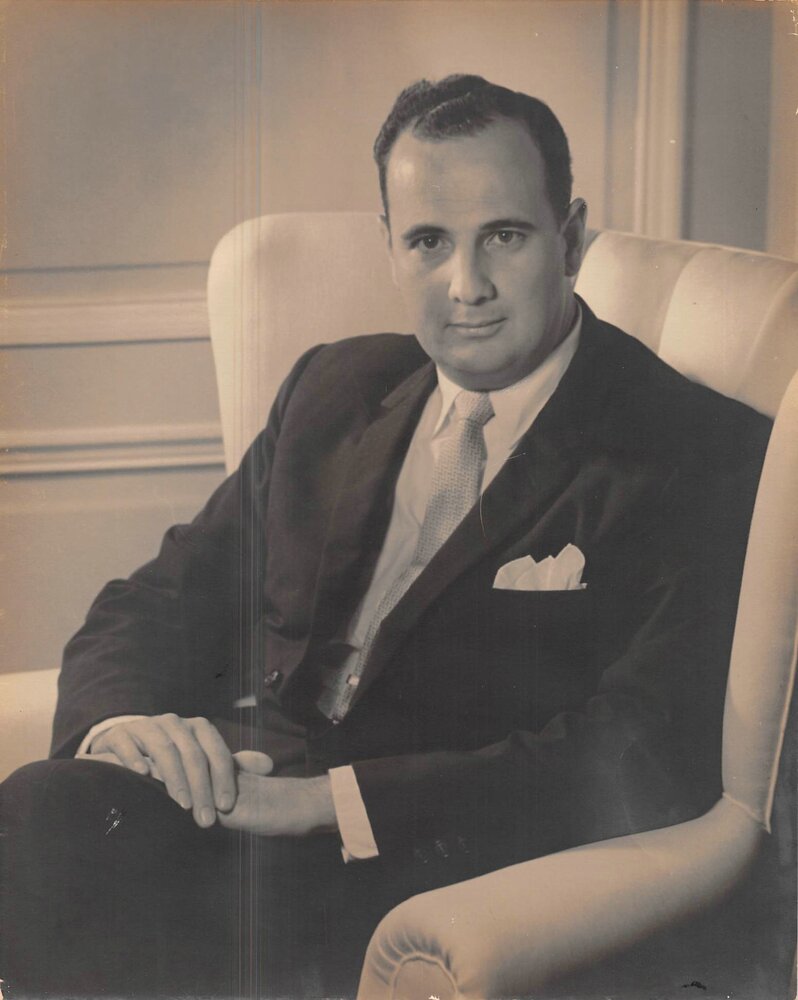 Vincent (Vince) John Trivison, loving father and husband passed away peacefully on October 20, 2022, just 3 months shy of his 97th birthday. Vince enjoyed a long, happy, successful, and healthy life, remaining active and independent up until 2 months ago after having back surgery. He was a remarkable man, and his family misses him dearly already!

Vince was born on January 24, 1926, in Brooklyn, NY, second generation Italian American, to Vincenzio James (Jimmy) Trivison (d:1936) and Wilhelmina (Willy) Hunt Trivison (d:1985). He worked hard to rise above extremely humble beginnings after meeting Anne Marie Kiernan, 3 yrs. his senior during his early 20's. She insisted he complete high school and get serious about his future before they could date. He often confessed that the movie “It’s a wonderful life” depicted his life events; “it’s incredible how one person could change the direction of my life forever!”

He then earned his bachelor’s degree from City College of NY and embarked on a 30+ yr. successful career with Ford Motor Company beginning in the mail room and advancing to serve in operations and finance as Director, Assistant Treasurer, Senior VP and CFO of several South American companies. He retired and re-located back to the USA in 1979 and continued to serve as a consultant for Ford Motor Co. for years following.

Vince moved to Hilton Head Island full time in 1980 where he thoroughly enjoyed retirement as an avid golfer (board member of Dolphin Head Golf Club) and an accomplished tennis player winning several State and Sectional USTA titles in both mixed and men’s doubles. He could never understand why others had difficulty adjusting to retirement. He would often say “I retired and never looked back; retirement is the best part of living; wish I could have done it sooner.” However, he often joked about being “retired longer than I worked, and that Ford Motor Co. will probably throw a party when I pass, and they finally stop paying my pension.”

Vince was an enthusiastic traveler and always sought international travel opportunities for his family from very early on. He believed if he gave his children a good education and the good fortune to see and live all over the world, they would appreciate their blessings, be independently successful, but charitable. Vince had a dry but wonderful sense of humor. He was a “die hard” Detroit Lions & Tiger fan, but also cheered on the Braves. His other interests included college football, going to the movies, attending theater, fitness, duplicate bridge, loved to cook and political history. He loved this country and the opportunities available for those who worked hard to succeed. He embodied “the American Dream.” He said not long ago, “I truly believe I lived the best years this country had to offer.”

A small private service will be held on Hilton Head Island. Vince loved Hilton Head from the moment he first step foot on the island in the late 60’s and every annual USA family vacation included a month stay on Hilton Head. Vince made Hilton Head Island his permanent home for 40 years, “living here reminds me that I earned early retirement.”

To plant a beautiful memorial tree in memory of Vincent Trivison, please visit our Tree Store