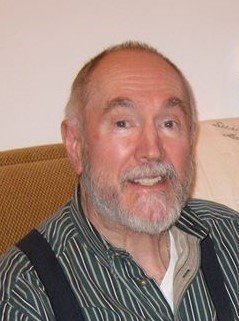 Doug was born September 29, 1931 in Scranton, Pennsylvania. He served in the NROTC in high school. After graduation, he joined the US Navy and served on the USS Benham DD 796 from 1950-1954. Shortly after, he joined the Catholic Church and the Knights of Columbus. He graduated from the University of Scranton with a B.S. in Accounting in 1958. In May 1959, he moved to Washington, DC where he met his wife and began his 32-year career with the International Brotherhood of Teamsters. He retired in 1991 as Chief Accountant. In January 1992, he and his wife moved to Chapin, SC where he was an active member of Our Lady of the Lake Catholic Church. Doug enjoyed chess, golf, boating, fishing, cooking, and his vegetable and rose gardens, which he shared with many friends.

We are grateful to all our family and friends for their many years of love and support through this journey. We appreciate the support from our Church, especially Father Dennis Wiley, Gary and Rose Marie Schmedding, and Hank and Mary Lees; our friends and neighbors, Maura and Jeremy Wilson and Mike and Jan Oliver. Also, many thanks to Dr. Leslie Stuck, the Disabled American Veterans, the Virginia and South Carolina Veterans Affairs, and three special caregivers: Calarina Martin, Amanda Hall, and LaQuinta Wheeler.

A service is scheduled for February 8 at 1:00pm at Our Lady of the Lake Catholic Church, and burial will be at Arlington National Cemetery at a later date.

In lieu of flowers, please send donations to Our Lady of the Lake Catholic Church: 195 Amicks Ferry Rd, Chapin, SC 29036 or online (https://bit.ly/35yUie8). Prayers and thanks to everyone.

To plant a tree in memory of Douglas Heim, please visit Tribute Store
Plant a Tree
Print
Share A Memory
Plant a Tree