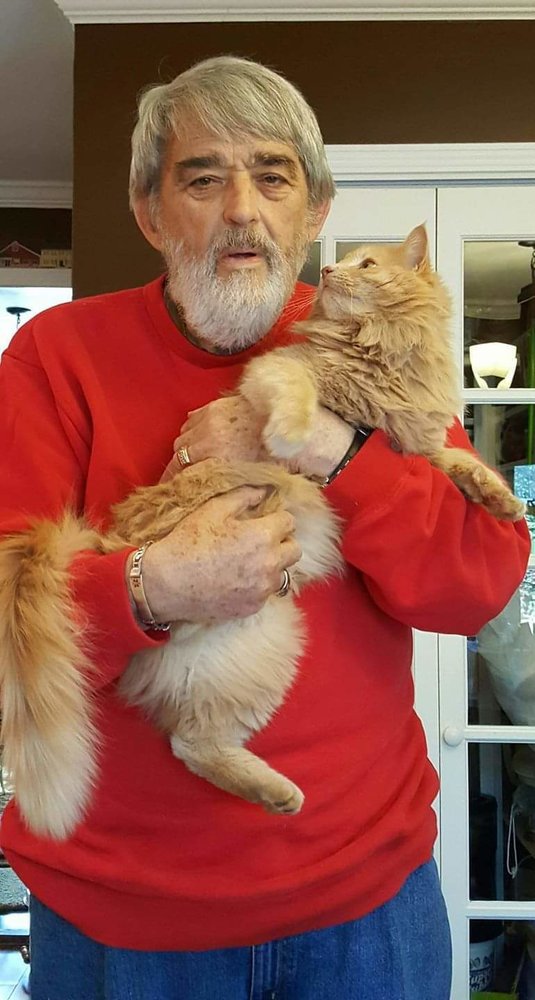 Dr. Raleigh Cornelius Buchanan passed away on Friday, July 26, 2019.  He was born in Burnsville, NC on October 19, 1940, where he grew up enjoying the mountain life.  It is in those mountain he perfected the perfect hoop shot that allowed him to get a college basketball  scholarship and later play with many of his students on the court. If you asked him he knew he had to make it or go down the mountain for the rebound.

Dr. “B,” as many called him, was devoted to the students that entered his doors during his long career in education.  His first teaching job was at Brown Township Elementary in Brownsburg, Indiana.  Not only was he the 6th grade teacher, but he was also the basketball coach and principal.  Because staffing was short, he allowed the kids to act as the assistants to the school.  He continued to include students in administration throughout his career.  Once he became a superintendent, he created student forums.  He would have meetings with these students on a weekly basis, take trips with them, and learn what the students needed to reach their educational goals.

As one of his former students wrote about Dr. Buchanan:

“His open-door policy, driving the school bus, his cable show ‘Update’ which I was fortunate to film for him in middle school, and many other memories.  I will always remember his Student Forum meetings and how he was always accessible to students, staff, and the community.  I was very involved and a large part of that because of the mentoring received from your father which has continued to help me to this day in my capacity as a government administrator.  He truly believed in me from a young age, and I will be forever grateful for it.  He always had a kind touch.  When one of my grandparents passed away, he showed up at the wake!  A true gentleman.  Again, my sympathies to you and your family.  Dr. B will always have a special place in my heart, and I’ll always remember the big smile and handshake every time I saw him.”

Raleigh Buchanan touched the lives of many students.  After being principal, he became Assistant Superintendent in Brownsburg while working on his Doctorate of Education at the University of Illinois.  During this time, he included his children in his studies which led to their life-long interest in academics.  He also taught school psychology at a college level while he was a superintendent.

Teachers and students were lucky to have him as their leader at numerous schools and districts:  Bloomsburg School District in Bloomsburg, Pennsylvania; Fairfield County School District in Winnsboro, SC; St. Mary’s County Schools in Leonardtown, Maryland; Seekonk Public Schools in Seekonk Massachusetts; and Haverhill Public Schools in Haverhill, Massachusetts.   He met his closest friend, Kevin Hurley, in Seekonk.  This team of Superintendent and Assistant Superintendent would participate in whatever student activities were going on, and one of their favorite was sitting down among students and listening to them read.

Dr. B was also known to come home and work on many projects.  He learned how to lay brick with the students at the vocational school.  His house in Pennsylvania had a 3 story walk in fireplace.  After learning from the stone mason on the first level, he finished the rest of the chimney on his own.  Many times after work, you could find him working on a project with his tie still on, engrossed in the materials.

After retirement, Dr. Buchanan couldn’t sit still and decided to apply for a job at a local meat market.  To pay for his college at Western Carolina, he learned to cut meat at Kroger, and at his last office still hung the Kroger Meat Cutting certificate on the wall.  If you asked him why, he said that he learned just as much about people cutting meat as he did with this doctorate from Illinois.  So, at the age of 73, Dad still cut meat with the young guys.  He was finally “outed” when customers started coming in and calling him Dr. B.

Dr.  Buchanan and his wife, Claudia, finally retired where they felt most at home in Winnsboro, SC.  It is here where another cat adopted them.  Mr. Fluff knew the love of animals that they had and realized this is where they stayed.  They were able to enjoy life, spend time with their daughters and grandchildren, and keep up with the antics of Mr. Fluff.

Raleigh Buchanan is survived by his wife of 57 years, Claudia Buchanan, his two daughters, Christy Buchanan and Paula Quinn (Jeff Quinn), and his two grandchildren, Boyce Buchanan and Kell Evans.

In lieu of a service, we are asking people to post stories about Dad on the Facebook page, Raleigh Buchanan Memorial.  He touched so many lives in so many ways, and we want his wife, Claudia, to be able to be able to see these memories as often as she needs to.

To plant a tree in memory of Raleigh Buchanan, please visit Tribute Store
Plant a Tree
Print
Share A Memory
Plant a Tree