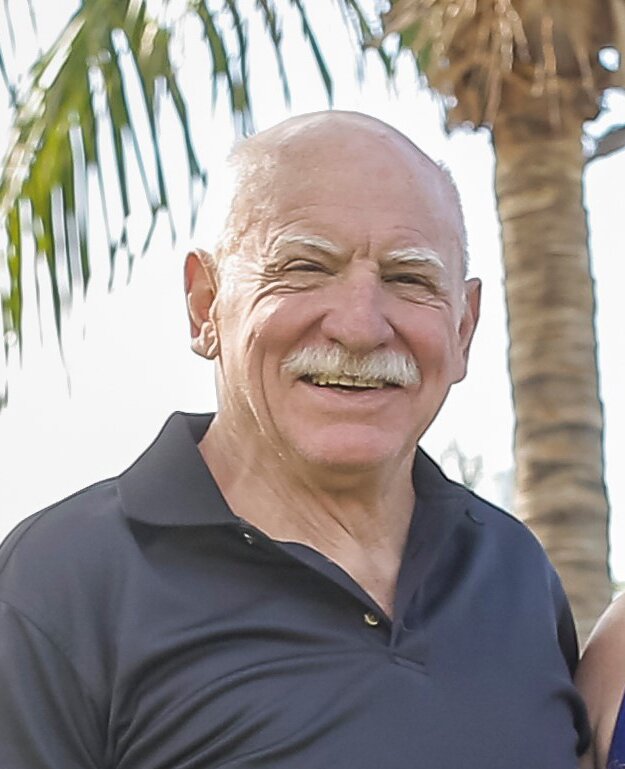 Jerry Wayne Smith, the beloved husband of 47 years of Elizabeth (Betsy) Thompson Smith, passed away peacefully on September 14, 2022 after a lengthy battle with a rare form of Parkinson’s Disease, at his home with family by his side.

Jerry was born in Columbia, SC on February 28, 1948 to D. Kenneth Smith and Lois Deer Smith. He attended Columbia schools, graduating in 1966 from A.C. Flora High School, and then attended Lees-McRae College in Banner-Elk, NC. Jerry joined the US Air Force in 1968 and served as Crash Rescue in South Korea during the Vietnam War. Following his military service, he joined his father at Smith Hardware & Paint Company, taking over the business upon the death of his father in 1979. Smith Hardware was a fixture in the Rosewood area for more than 50 years before closing in 2002.

Jerry met his wife at age 13 in Sunday School at Shandon United Methodist Church in Columbia, and 13 years later they were married in the same church, on July 13, 1975. Throughout his life, he was the man who could fix anything, build anything, and grow anything. Friends and neighbors knew Jerry as someone who would always be willing to lend a hand or a strong back. A polo player in his youth, his love of fast horses shifted to a love of fast cars, the last and most beloved of which was his 1965 Nassau Blue Chevrolet Corvette convertible. He and Betsy were active on the classic car show circuit for several years before their children’s activities and other demands put the Corvette and its many trophies on the shelf. Jerry loved the “lake life,” and spent as much time as he possibly could on his boat, dock, or porch at Lake Murray. In retirement, Jerry and Betsy lived for travel, whether on extended road trips to Maine and New York State in their motor home, or with their family and wonderful friends on countless trips to Cancun (his “happy place”).

During their years of devoted marriage, Jerry and Betsy welcomed three beautiful children, Margaret (Meg) Brooks (Steve) of Columbia, Lane Wallace (Jay) of Lancaster, Jerry (Jay) Smith, Jr. of Lexington, beloved grandchildren Anakin and Mina Wallace and Hayes and Sally Brooks, sister-in-law Tina Boies of Columbia, and niece Sara Carlson of Littleton, Colorado. In addition, he leaves his precious friend and caregiver Ashley Coleman. The family would like to thank caregivers Alex Cook, Shirnita Jay, and others along with MSA Hospice who provided love and care.

To plant a beautiful memorial tree in memory of Jerry Smith, please visit our Tree Store