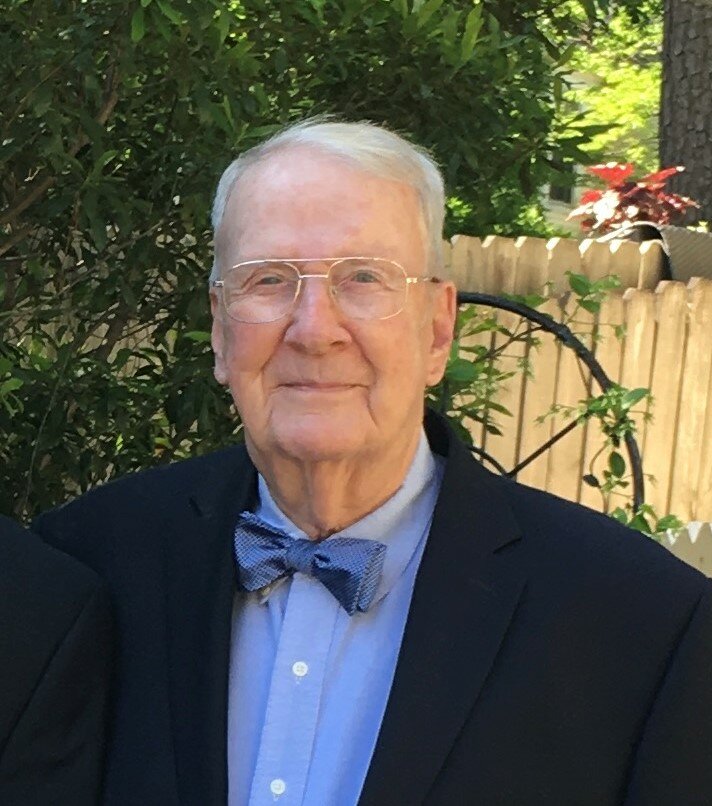 David Rodwell Walters, 87, of Fayetteville, NC died Sunday, August 21, 2022, at Oakleaf Retirement Village in Lexington, SC. He was a devoted husband, father, and “papa” to his beloved family.

David was born on December 12, 1934, in Rocky Mount, NC to the late Thomas Edward Walters and Virginia Rodwell Walters. David worked for many years in appliance sales and management, before embarking on his true passion, the opening of David R. Walters Antiques. The store opened in 1980 in the shadow of the Market House in downtown Fayetteville, before moving the business in 1985 to the top of Haymount Hill. The business was a place where he and Christine, also known as “Sissy”, welcomed their customers who became part of the extended family. The antique store was a staple in Historic Haymount until it closed in 2012. He was known for his tremendous faith in God, commitment to his high school sweetheart, and a work ethic that was forged over 40+ years. He was a role model for all who knew him.

In 1967, David and Christine moved from their home off Cedar Creek Road to Brookside Avenue in Fayetteville. It was at this time that they joined Snyder Memorial Baptist Church, where David was an active member of the Adult Choir, a Deacon, and involved in many activities with the church. Through the years he performed in the Singing Christmas Tree, where his love for music was as almost as strong as his love for the Lord.

His passion for family was at the forefront of his life, with strong relationships with close family friends through Snyder and the Haymount community. In his later years, he enjoyed volunteering at Operation Inasmuch, playing the piano during the morning breakfast routine. In May of 2021, David and Christine transitioned to Oakleaf Village in Lexington, SC.

David was preceded in death by his parents, Thomas and Virginia (Miss Virgie) Walters, and siblings, Tom Walters (Patsy) of Charlotte, NC, and Nancy Willis (Dean), of Dallas, TX.

The family appreciates the support provided by Oakleaf Village and All Seasons Hospice. While the entire staff has been extremely supportive, we are forever appreciative of Tiffany Hubbard and Jack (better known by Dad as Jake) Hagood.

A memorial service will be held Friday, August 26th at Snyder Memorial Baptist Church. The family will receive relatives and friends at 12pm, with a service at 1pm.

In lieu of flowers, memorials may be made to Operation Inasmuch, 531 Hillsboro Street, Fayetteville, NC 28301.