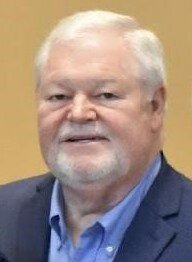 Donald Wayne “Donnie” Turner, Sr., 69, of Greenwood, husband of Linda Huskamp Turner, passed away on April 20, 2022, at the Hospice House of the Piedmont.

Born September 6, 1952, in Greenwood, SC, he was a son of the late William Edward and Minnie Burnett Turner. He spent his career in the retail grocery industry and retired with Food Lion as Market Manager. Donnie was a member of Rice Memorial Baptist Church.

In addition to his wife of 51 years, Donnie is survived by a daughter, Melissa Paige “Missy” McCutcheon and husband Jeff of Greenwood; a son, Donald Wayne “Don” Turner and wife Betsy of Greenwood; three grandchildren, Copelan Reed McCutcheon, Elizabeth Grace “Gracie” Turner and Keighan Muriel Winchester all of Greenwood; three brothers, William Ray Turner (Teresa), James Jerry Turner (Irene) and Brian Keith Turner (Brenda) all of Saluda; one sister, Kathy Turner Corley (Billie) of Saluda and a number of nieces, nephews, cousins and other extended family. He was predeceased by his parents and one sister, Joyce Turner Crockett.

A memorial service will be held at 3:00 PM Sunday, April 24th at Rice Memorial Baptist Church. The family will receive friends from 2:00 to 3:00 PM prior to the service at the church.

Share Your Memory of
Donald
Upload Your Memory View All Memories
Be the first to upload a memory!
Share A Memory
Plant a Tree