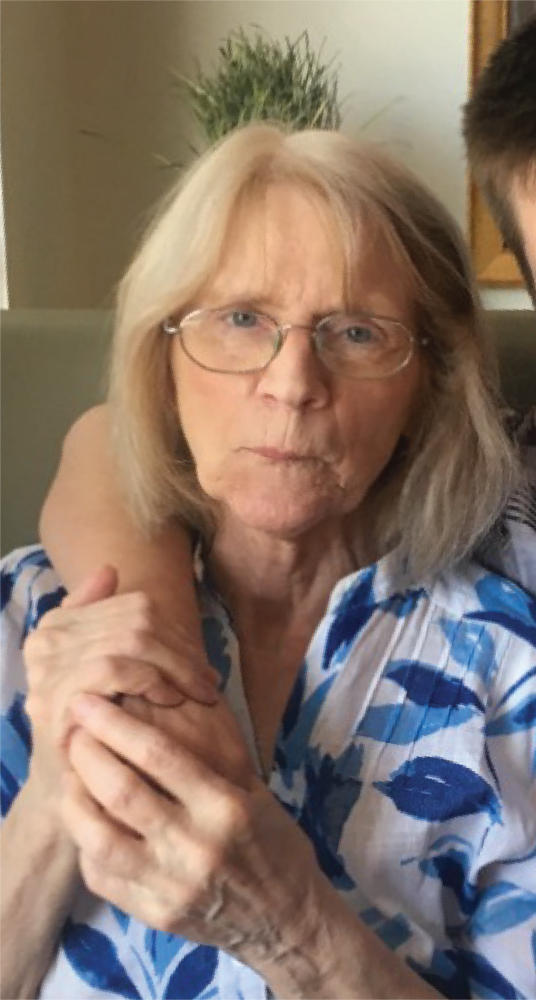 Linda Degenhardt was a skinny child and at a young age earned the name “Skinny Linni” from her aunt Sally. She proudly adopted it for her whole life.

Linni was born near Munich, Germany, where Air Force Captain Lou Degenhardt was stationed with his wife, Esther, and two daughters, Gretchen and Karen. They were part of the US occupation force after WWII, in an effort to effect some cultural change in post-war Germany.

When Linni was a small child, the Degenhardt family moved back to the US when Lou was stationed at Shaw Air Force Base in Sumter, SC. After graduating high school, she met Ron Tucker at the age of 18. They married a year later and traveled frequently, as Ron was also in the Air Force. Linni enjoyed travel for pleasure and recently recounted that her favorite trip was to Spain for three weeks in 1970.

Ron and Linni had two children, Ashleigh and Blake. Linni was a busy mother, and she kept her creative energies flowing by exploring art-making in many different mediums. That experience would help her professionally later in life.

After their divorce in 1977, Linni became a single mother, raising Ashleigh alone while Ron raised Blake. The children visited each other frequently, and Linni’s surprise baby, Katey, was born in 1981. Linni did not marry again until 1987, when she married Bill Mayo, the love of her life.

With her self-made creative experience, Linni found work as a typesetter and graphic designer. She worked for Columbia’s Seibels Bruce for more than a decade, then found herself at the LPA Group, where she made lasting friendships.

As the nest emptied, she kept up her artistic pursuits and explored freelance work, drawing Pet Portraits (signed “Linni” of course), taking up wool felting, becoming a quilt-making master, making bow ties for her son, and creating scores of projects for her beloved grandchildren Jacob and Ben.

As the boys’ beloved “Oma,” she made inventive toys, chairs, curtains, robes, bed sheets, and best of all, legendary Halloween costumes. Pretty much anything the boys could dream up, she created for them — they were at times: a Transformer, Patrick from Spongebob, Loki, a dragon, and Dash from The Incredibles. Linni loved her grandsons immensely.

Linni retired from the LPA Group in 2012. Her battles with cancer began almost immediately, but she was supported by family and friends throughout. She loved stories, and whether reading or watching a film, she pressed that love into those around her. Most recently, she found herself watching many Korean dramas because, as she said, “the stories are so good.”

Linni is survived by husband Bill, children Ashleigh, Blake, and Kate, and grandchildren Jacob and Ben. She asks that you go read a damn book.

An informal service will be held on Thursday, February 10 in Irmo Town Park at 2pm.

South Carolina Cremation Sociey is assisting the family. Please sign the online guestbook by clicking on the "tribute wall" tab above.